One man wanted nothing 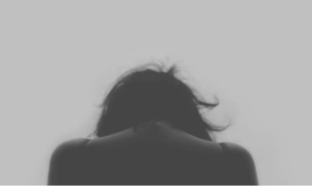 Sarah*, a young middle-eastern woman, loved Facebook. She used it to connect with friends. Facebook also enabled her to escape one life and begin another.

Experience taught her that she was property. She was forced into marriage with a terrorist 40 years her elder. He divorced Sarah. Another older man married and divorced her.

Again her father forced her to marry a terrorist. This husband wanted to use Sarah to recruit other women as wives for his comrades. He told Sarah that as his property she had to do whatever he wanted.

But one night she met a new friend on Facebook. As they chatted, Milad* said, “Let me introduce you to a man who loves you and doesn’t want anything from you.” Sarah stared at her screen and gradually met Jesus.

Questions went back and forth. Sarah had never heard the Gospel message.

Before the conversation was over, she told Milad that she wanted to belong to Jesus. Her new friend led her through a prayer as she began a relationship with her Savior.

Sarah had to flee her country. Milad introduced her to a new community of believers.

One Christian leader estimates that 95 percent of Christians from Muslim backgrounds begin their journey to Jesus by meeting a Christian online.

Sarah’s story has been shared online through EveryStudent.com, a website maintained by Cru. Over 60,000 Arabic readers have seen her story and 300 have decided to follow Jesus.

You are helping to make this possible. Thank you!